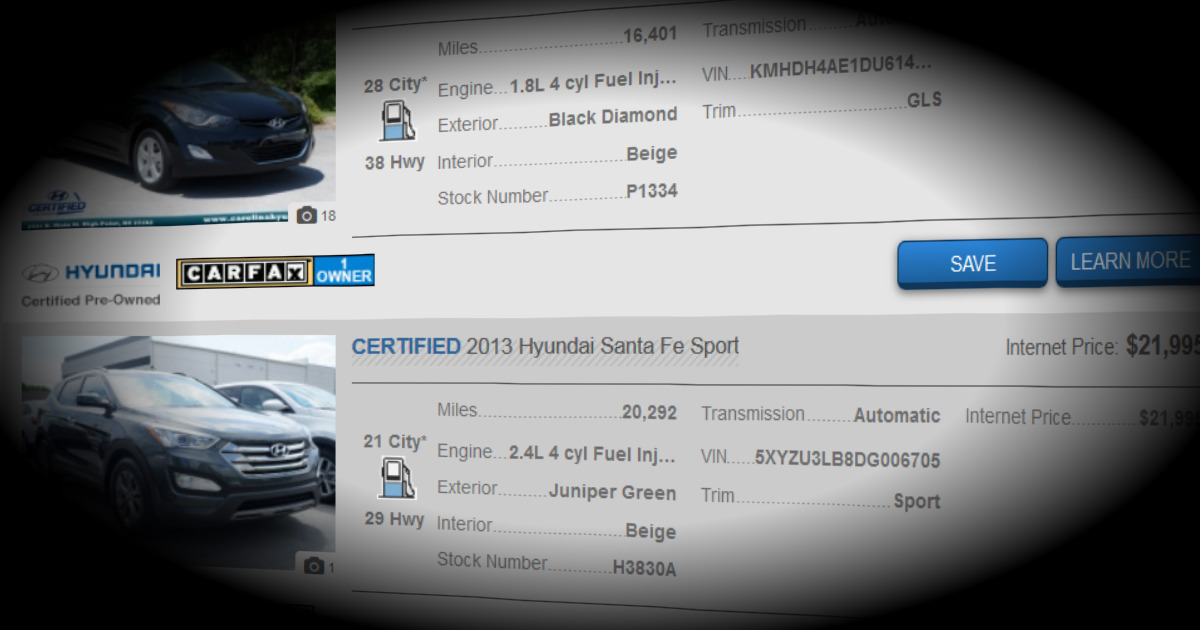 You probably have a widget on some of your social media accounts that lists your inventory. Mission accomplished, right? Wrong.

The reality is that very few (if any) people actually click through to the tabs on your social media pages. In fact, very few even look at your social media pages at all. On Facebook, for example, the vast majority of the action that happens with your page happens through the news feeds of individual users. They aren’t clicking through to your profile. If they see your posts in their news feed, they can interact with them in some way, but they aren’t going to visit your page.

The majority of traffic that goes to the actual social media pages comes from either links on your website or search engines when people do a search for the dealership by name. They aren’t getting there naturally. As a result, they’re not there to look at your inventory.

With all of this in mind, it’s clear that the best way to get your inventory in front of people through social media is by getting them there on their news feeds. Here’s how:

Putting your inventory directly on your page and in the general timeline of people who are seeing your posts in their news feed is fine, though not necessarily the most targeted way of doing it. The exception is when you have something special to show, something that truly stands out. It doesn’t have to be a 1983 DeLorean. It could be something as awesome as an older car with very low miles, a newer vehicle with high miles that still looks great, a vehicle that has an uncommon color, or anything that you really don’t see every day.

With new cars, it should also be special. The new Stingray might sell very easily on social media while a Cruze might get passed over easily even though you’ll sell many more Cruzes than Stingrays. Social media news feeds are great for selling things that people don’t see every day.

To get the best value out of targeting, utilize unpublished posts. These are posts that do not appear on your page and that can be hyper-targeted to specific people. They don’t have to be following your page to see the posts if you’re doing your advertising appropriately. More on that shortly…

With unpublished posts (or standard posts that are promoted) you can get your inventory into the sidebar through advertising. The clicks on these are much fewer than those of in the news feed, but you’ll get more impressions than you would have in the timeline.

The Importance of Advertising

All of these are meaningless if you are not taking advantage of social media advertising. Whether on Facebook, Twitter, or any of the other networks currently offering advertising options, the chances of anyone seeing your posts goes up exponentially when you put a little money behind it. It’s to the point that we will not even accept a social media client if they aren’t willing to advertising as well. We don’t like spinning our wheels. You shouldn’t, either.

Yes, social media is now pay-to-play, but this isn’t necessarily a bad thing. Today, it’s not being used by your competitors, but someday it will be. Get there ahead of them.

Since 2008, there has been a continuous influx of automotive social networks. They seem to…